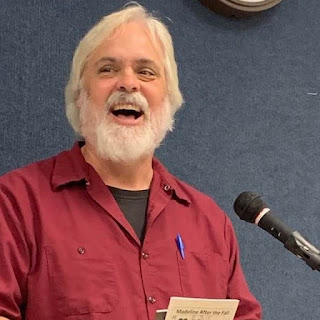 John Brantingham was the first poet laureate of Sequoia and Kings Canyon National Parks and the writer-in-residence at the dA Center for the Arts in Pomona, California. He is a professor of English at Mt. San Antonio College where he coordinates the creative writing program and runs the yearly creative writing conference, Culturama. Along with his wife Ann, he has built a creative writing and arts community in Sequoia and Kings Canyon National Parks. They are also opening their new venture, The California Imagism Gallery in Ontario, California, this spring.
His work has appeared in hundreds of magazines including Writer’s Almanac, The Journal, Tears in the Fence, and Confrontation. He has been nominated for ten Pushcart Prizes and won a spot in The Best Small Fictions 2016 and was a semifinalist in The Best Small Fictions 2018. He is a fiction editor for The Chiron Review.
He is the co-creator of the San Gabriel Valley Literary Festival and the Valley Poets Reading Series which has featured poets and writers from around the world and seeks to create a vibrant literary community for the residents of the San Gabriel and Pomona Valleys. He also serves as the president for the non-profit that funds the festival.
John Brantingham is a widely sought speaker and educator. Along with teaching at his home institution, Mt. SAC, he has taught advanced courses in creative writing for NYU Shanghai, the Northwest Institute of Literary Arts, and Cal State, Long Beach. He has read across the United States and in China, Canada, England, and Wales.
He co-edited The L.A. Fiction Anthology (Red Hen Books). His fifteen poetry and fiction collections include East of Los Angeles (Anaphora Literary Press), The Green of Sunset (Moon Tide Press), Let Us All Pray Now to Our Own Strange Gods (World Parade Books), Crossing the High Sierra (Cholla Needles Press), and California Continuum: Volume 1 (Pelekinesis Press), with Grant Hier.

In the summers, he and his wife Annie teach free art and writing classes in Sequoia and Kings Canyon National Parks.

“In an age of superficiality, mediocrity, and sound-cliches, John Brantingham is a genuine throwback to when Men of Letters roamed the literary prairies. His creative and intellectual emanations brim with his enthusiasms, his versatility, and the depths of spirituality and social conscience at the core of his soul. There is no one of whom I could speak more highly, as a writer and as a person.”
~ Gerald Locklin author of The Case of The Missing Blue Volkswagen and others.

“Wise and insightful, Brantingham’s work brilliantly captures the light and darkness in us all.”
~ James Brown author of This River. 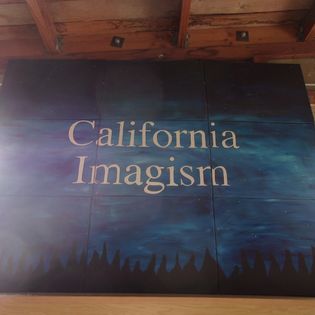